A new career pathway for midwives? 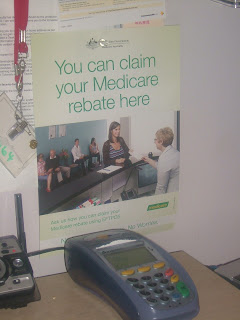 As more midwives take up the option of obtaining notation as Medicare-eligible, we are witnessing a series of changes in the career aspirations and practice choices that midwives make.
The ranks of the private branch of the midwifery profession have in the past year been swelled by a new group of midwives who have great hopes for a new career pathway. Many of these newly private midwives have come out of relatively senior positions in hospital employment, chosen a name for their new business, hung up a shingle (published a web page), and distributed pamphlets and business cards promoting their private midwifery care. There is new energy and enthusiasm as they spread the word that it’s a good idea for every woman to consider who will be attending her at the time when she labours and gives birth.

Judging by advertised courses and workshops, the new midwifery career pathway is a growth area for education providers and related services, including insurers.

The newly self-employed midwife has plans to apply for clinical privileges in local hospitals when that option becomes a reality. In the mean-time, some have negotiated casual employment in hospital maternity units, so that they can provide personal labour and birth care for the women who have employed them privately in the antenatal period, and for whom they will provide private services postnatally.

The new private midwife may not use the title ‘independent’ - a problematic adjective in the world of politically correctness. The newcomer to the ranks of private practice is, in the world of new midwifery, a ‘team player’, who, in theory at least, acts in every situation within collaborative arrangements with the ‘team-leader’, the obstetrician, of course—not the woman!

The old-style ‘independent’ midwife, who has learnt autonomy and independence in practice and in decision-making from experience as the responsible primary maternity care provider for an individual woman, knows the value of working quietly and without fuss, in harmony with natural physiological processes, and enabling ordinary women to access their extraordinary strength and health in giving birth and caring for their babies.

APMA has received information from midwives who are at different places on the private practice spectrum: from those who have ceased midwifery practice since the maternity reforms were introduced; those who are under investigation by the regulatory authority; those who have invested their life savings into establishing and maintaining practices, rooms, and services; and those who work as solo midwife for births in homes that are scattered over vast distances. There is a big question mark over the future for private midwifery homebirth attendance, with the exemption from professional indemnity insurance for homebirth being limited to June 2013.

Although ‘new’ private midwives have invested time and money and a great deal of effort in achieving notation as Medicare-eligible, purchasing expensive indemnity insurance, and setting up their practices, with the hope of being able to provide expert continuity of care for women who give birth in hospitals where they (the midwives) have been awarded clinical privileges, there is little evidence in most of the country of progress on the part of hospitals—public or private— being eager to open up such options.

Maternity service provision must be based on the fact that professional care from a midwife is essential, not optional, for all pregnant women and their babies. When the current plan for maternity reform was being developed, midwives were told “Unless and until the Government is shocked and shamed into realising that Australian women are now scrambling to find the birthing centre of their choice, and in some cases scrambling to find any professional who will deliver their child, the situation will not improve." (J Gillard 2005)

Thankyou for your comments.
Posted by Joy Johnston at 6:53 PM